Y'all should know first of all that no corgis were harmed in
the production of this blog entry.

Last week my dad had a colleague come to town to deliver a
paper at a kind of summer colloquium.

This is the first time we have met this colleague, but he seemed
like a nice kind of guy.  Then we smelled his shoes and socks!

Turns out he has two corgis.
TWO!
Their names are Ricky and Kirby.

And from the picture below, they are kind of OK. 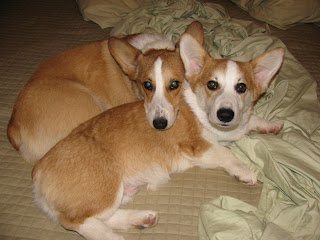 See.   Don't they look harmless?
And even maybe a little cute?
Oh, maybe even a little too angelic for words.

Yeah.  We thought so too.

Then Muzzer broke out the PetSmart bag.
And she had two toys for these guys.

One for each of them. 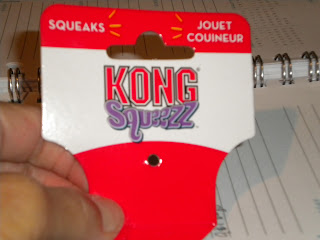 And as if that was not bad enough,
the pictures below came in Dad's email
with a thank you note for the toys. 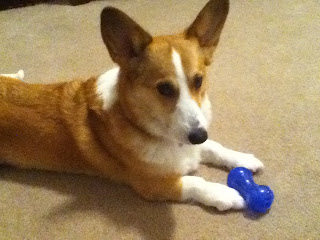 What self respecting dog would be this
quiet and good when confronted by a toy
that Bounces and Squeaks? 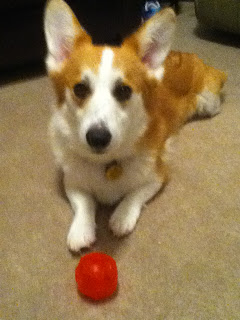 You can sure tell these guys are not Terriers!

I bet they tore into them as soon as the pictures were taken! 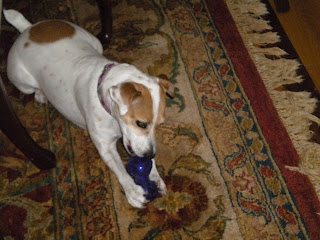 Teka and I did not wait for any stinking pictures.
We went right for the jugular.  Or in this case,
the squeaker! 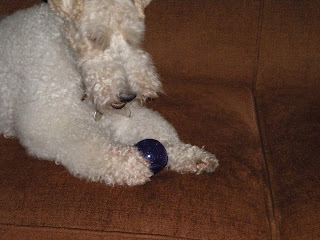 And these toys took a beating and kept on squeaking!

Muzzer had to put them up for a day to let them
dry out.  Then those sneaky squeaky toys
started squeaking again.

We would give them a thumbs up, if we
had thumbs.

oh, and we think Ricky and Kirby like them too. 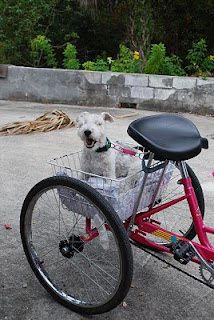 My great pal and inspiration
My longtime mentor and friend
Buster W. Smith
Has crossed the Rainbow Bridge.

I join all his pals in celebrating
his life and many loves.

I know he was met at the Bridge
by Terrier Pals and  honorary terriers.
Legion in numbers and strong in Spirit(s).

Bussie had a joie de vivre most awesome.
He will long be remembered in songs and poems,
and will live furever in the hearts of his family and friends.

The most awesome set of wheels awaited him at the Bridge
filled with beautiful female dogs,  libations and treats.

Drive carefully Bussie, I'd like to have a chance to
drive your car when I join you. 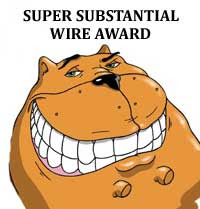